Is There A Doughnut In The House? Old Fashioned Maple Glazed Please 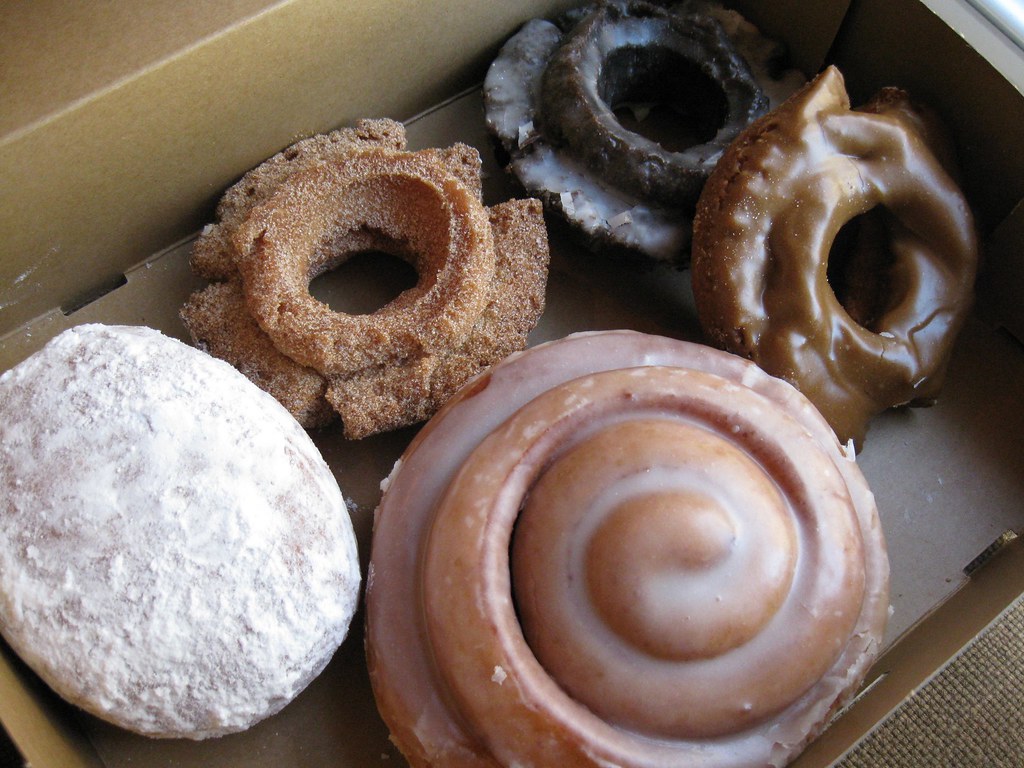 I feel like a character in a movie today. You probably know the one, he’s from “Men in Black”, the first “Men in Black”, and he’s an alien. But, that’s not why I feel like him – actually feeling like an alien is pretty common for me – it’s the fact that he’s constantly getting his head blown off, growing it back and then saying how much he hates it and how it gives him a headache every time it happens – at least I think he gets a headache, I know I do!

It’s almost like living in another movie, “Groundhog day”. And, although there are many moments in my life that look like they’ve been put on permanent repeat, this one happens every once in a while and it has to do with doughnuts, yes, I said doughnuts.

In the last few months there seems to have been a run on these doughnuts in our local stores – not that I’m  looking all that much, really – so when I happen to see one sitting by its’ lonesome self, I just have to take it home. But, here’s the catch, I don’t eat it. I wrap it up very carefully and put it in the freezer – never the refrigerator because the icing gets all slimy – until I have time to really enjoy it. This time is typically on a Saturday morning before anyone else in the house gets up, and I can sit enjoying a cup of coffee and a little slice of Heaven on my favorite plate because after all, it’s the little things in life right?

But lately, my doughnuts have been disappearing from their carefully selected spots – uh, spot - in the freezer. This happened the first time quite a while ago, I was looking forward to my doughnut and coffee only to find it wasn’t there. I pulled everything out of the freezer – taking the time to get rid of some things that really needed to meet the garbage pail at the same time, two birds with one stone and all that – and it was nowhere to be found. It was only when I went to throw away said freezer items that I saw it, my doughnut had someone managed to meet its demise in the middle of the night.

I knew who the culprit was, there were only two suspects – four if you include the cats - but since the cats don’t have opposable thumbs and my son doesn’t throw anything away unless he’s specifically told to do so, the evidence pointed straight at my mom.

When I asked her about it later in the day, she showed no remorse commenting that it just looked like, “an old thing in there that needed to be thrown away.” I asked why she didn’t throw anything else away only that, and she just shrugged. I sighed, determined to make sure it didn’t happen again.

It did. In fact, all you have to do is press repeat on the above scenario, and you’ll get the picture. Every time I ask my mom to please not throw my doughnut away, she says okay then somehow forgets about it in the middle of the night, and when I try to find my doughnut at a later date, it’s gone.

Sometimes I think it may be God making sure I don’t eat the doughnut because He’s trying to remind me of the saying,  ’over the lips and forever on the hips’. But I don’t really think so, because, quite frankly, He’s just not like that. But, I am hoping that when I get older, I don’t forget that I put my doughnuts in the freezer and end up throwing them away myself.